skip to main | skip to sidebar

Off out for a Japanese meal with Fujio, Makoto and Yasawaki San will put some more on when I get back to the hotel later.
Posted by Absolute Koi at 00:54 No comments:

Didnt post yesterday, well thats not strictly true, just as Id finished writing out the blog my computer crashed and I lost the whole post I dont mind sharing with you that I just didnt have the will power to type it all out again, simply not enough hours in a day,

Anyway yesterday we managed to find some really nice Gin Rin Ochiba's that are great value for the money. Below are few of the 7 purchased. 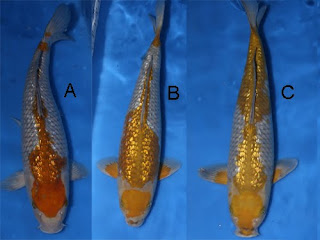 We helped harvest a mud pond in the morning which is always great fun, then back down to the Fish house to take a closer look. The Koi Feeders have now been put away for the winter! 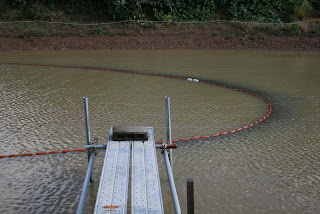 We managed to buy another 3 sanke to make a few boxes up, its alway important to make sure the boxes are full as it works out very expensive if not. Below are the 3 koi bought from Marusho Koi Farm! Makoto Sans Sanke are getting better and better, he really is at the top of his game ! 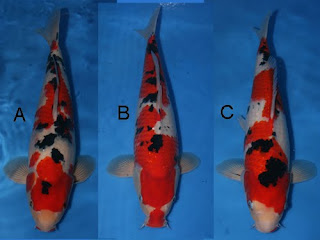 We had a customer wanting a Doitsu Showa, so who better than Shinoda to see if we can find something, whilst their we picked a few Gin Rin Showa up, well be rude not to, would'nt it! 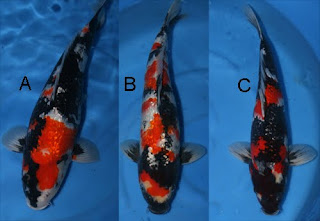 Next stop was Iwashita which proved to be a good one ! We managed to find three wonderful koi, the Tancho kohaku is a real show stopper touching nearly 60 cm and a big future ahead, couldnt resist the Hi Utsuri and also the 5 step Gin rin kohaku. Enjoy ! 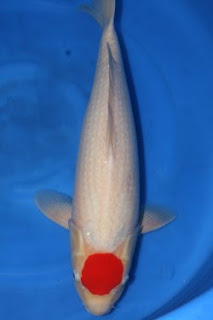 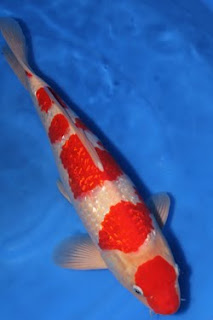 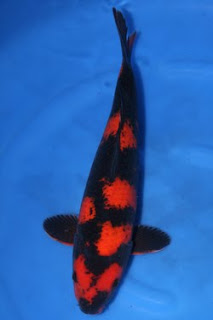 Other Koi Breeders visited today were Yamamatsu, Igarashi Kazuto, Shintaro, Maraju, Maradoh, the list goes on to be honest but you get the idea!

Right then its 2 am and I am going to crawl in to bed, some of us have got work in the morning!
Posted by Absolute Koi at 08:59 No comments:

Not A Bad First Day

Slept right through till 7 am, which I have to say has got to be a first and better than Brian (customer) who was up from 1.30 am staring at the ceiling. Adjusting your body clock after a Japan flight is somewhat difficult and normaly takes a couple days to adjust. I think I just got lucky!

After breakfast we headed off to NND Takiya facility to have a good look at customers grown on koi, also a quick look at there new Fish House for growing on Tosai to Nisai. Very impressive.

Kaneko was next stop where we managed to find a couple of wonderful Shiro Utsuri, these had just been harvested 1 hour before and I have to say looked in great condition. Its always nice catching up with Yasawaki San, hes a real character and has a great sence of humour.

From there up to Marusho Koi Farm to see if we can find anything, Makoto San wasnt around but Mrs Tanaka (Makato's mum) was around so we enjoyed coffee, lovely lady and always looks after us. A few koi penciled in to come back to. 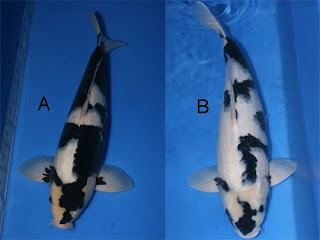 Next stop was Yagenji Koi Farm, the brothers were their usual busy selfs, they had just harvested and we managed a couple of boxes, some superb Tancho and Tancho Sanke, with whites to die for, the Showa were also very good. Lots of koi available, with another couple of High grade koi harvests to still come in from Yagenji later in the week. Topped up on the coffee again and ran out of light so back to the Hotel. 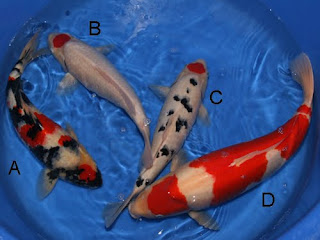 Other Koi Farms visited today were Nagashima in Mushigame, Hirasawa and Yoshinori Tanaka, nothing bought, but some more exciting harvests still to do at these facilties!

Lets see what tomorrow brings !
Posted by Absolute Koi at 13:57 No comments:

We Are Now In Japan 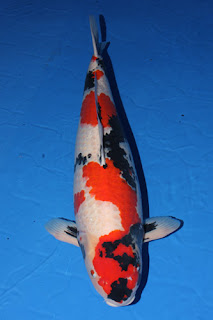 We are now in Japan until 11 th November, we will be updating our blog and website with new koi bought on the trip.
Koi Hunting Oct 2010

24 hours after leaving the Uk, we finaly checked in to the Nagaoka Grand, which will be home for the next 2 weeks.

A quick shower, grab the hire car and off to the koi show, where Isa wins 2010 Niigata Nogyosai Grand Champion.

The light was very poor by the time we got there so no images sorry, but heres one compliments of www.niigata-nishikigoi.com She is now 7 years old and 86cm.

We are heading off to Japan on Tuesday 13 th April, we will be updating our blog and website with new koi bought on the trip. Live in Japan
Posted by Absolute Koi at 15:21 No comments:

We will be heading off to Japan on the 22 nd October until the 5 th November, Naturaly we will be updating our blog with new koi purchased. If you are looking for that special koi then please feel freee to e-mail me your requirements, we will be only to happy to try and find what your looking for. 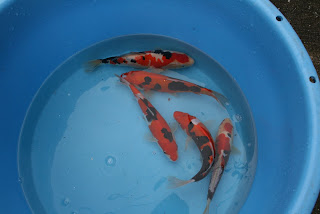 Posted by Absolute Koi at 02:32 No comments:

Visit our Koi for Sale